How are you? I've missed you! I've been exploring some new options for my life, which is cool and scary. I don't have any new projects to announce yet (though I would love your feedback on whether I should start a YouTube channel. Be honest with me: would you subscribe? And actually tune in consistently? Because the only thing more embarrassing than becoming a YouTuber at 30 would be to fail at it.)

In general, it's been enormously restorative to give my brain a break from the weekly churn of newsletter posts. I can go down little rabbit holes just for my own enjoyment, free from the pressure to turn my findings into content. If I feel like I need to share any observations, I throw them out into the fully unreceptive Twitterverse, where normal people are talking about the Olympics or Euphoria and I'm ignoring both of those things because five days into researching the side projects of the short-lived 90s Aussie pop duo Savage Garden I've stumbled upon a music video for a charity single in which J.C. Chasez bravely admits he's a top.

This is generally a good system for everyone, I think, but sometimes I do stumble upon something that's so noteworthy I inundate a group chat with dozens of horrifying facts about some niche topic with no relevance to anyone's life. Today I decided to put that energy back into the old newsletter because I absolutely could not stop myself from talking about this Canadian pop song I discovered this morning.

I did not intend to start my day this way, but yesterday I'd discovered the happy fact that the same producer, Charles Fisher, was responsible for two pieces of pop music I'd loved in my childhood: Savage Garden's debut album and a random song called "Faded" by a random group called soulDecision. "Faded," an aggressively funky little slice of Y2K heaven, came into my life when it appeared on Now That's What I Call Music! Vol. 5 in 2000. When I threw a Y2K-themed party¹ in college, I looked through my Now! CDs for playlist inspiration and was reminded that "Faded" belongs in the pantheon of great millennium pop.

So I woke up this morning and opened up Spotify to put on something nice to listen to while I made breakfast – something like their "Cozy Acoustic Morning" playlist, which always eases me into my routine – but then I saw "Faded" in my recently played songs and thought, ah. Can't pass up the chance to listen to "Faded." So I put it on, and Spotify's algorithm assumed I was in the mood for obscure Canadian millennium pop, specifically, and served me up a nightmare called "Get Down" that ruined my day.²

"Get Down" starts with some kind of kalimba synth patch, a tinkling little pattern that reminds me of a child's music box. I assumed that this was the work of actual children, a pop act like Aaron Carter or Jump5 or Dream Street.³ I immediately realized I was incorrect, which is ABSOLUTELY FOR THE BEST.

"Get Down" is the biggest hit of a boy band from Toronto called b4-4. Right off the bat: that's a terrible name and Toronto is objectively the funniest place for a boy band to be from. Every member of the trio looks like a sentient mannequin on their album cover. The song was a smash hit in Canada, peaking at #4 on their charts. And yes, the chorus goes "if you get down on me, I'll get down on you tonight," as if that's a remotely radio-friendly way of conveying that message. Wikipedia reports that the Kowarskies "later admitted the song was about oral sex," as if that were ever in question. As another D-list boy band did with the song "Liquid Dreams," b4-4 just swapped out one word in a sexual phrase for a similar word and pretended that doing so counts as innuendo. They almost succeed in being subtle in one lyric – "communicate and I'll go undercover," they croon, which does count as an expression even if they don't follow through with any detective-related imagery – but then they fall woefully flat with the clunky execution of "Gonna make you come tonight (over to my house!)."

The biggest hits of the 90s were written by Swedes with A+ melodic skills and a C- understanding of English. Max Martin assumed "hit me baby" was normal American slang for getting back in touch with your ex. He and Denniz PoP gave the Backstreet Boys some confusing expressions like "send the crazy wildin' static" and "hard to see in a crimson love." But you understand why their lyrics sounded off. There's a reason for it. "Get Down" was written by two Canadians who seem to be native English speakers, so I'm not sure what their excuse was. They could have tried a little harder to make the title line make more sense – perhaps something like "if you get down with me," which could feasibly be a double entendre for dancing – but they chose not to.

Naturally, I had to consult Wikipedia to learn more about b4-4. The trio consisted of identical twins Ryan and Dan Kowarsky and Ohad Einbinder. Those names do not have star power, unfortunately. Justin Timberlake, JC Chasez, Nick Carter, and Nick Lachey are all great names for boy band members. Ryan Kowarsky, Dan Kowarsky and Ohad Einbinder just sound like some guys. Regardless, they still did okay in their homeland. At the 2001 Juno Awards, the Canadian version of the Grammys for Canadian artists only, they were nominated for Best New Artist, but they lost to a much worse boy band, Nickleback.

My favorite fact that I learned from this Wikipedia research is as follows: "In high school, Ryan and Dan shared the lead role in their school's production of Joseph and the Amazing Technicolor Dreamcoat." They shared it! Why! They're not conjoined twins!! I assume that the way that this actually worked was that they alternated scenes, but I prefer to picture both Kowalsky brothers huddled under one dreamcoat, plaintively singing "Close Every Door" in surreal unison.

Anyway, the worst thing about "Get Down" is its borderline criminal music video.

I'm sorry to do this to you, but you need to watch the video. It has to be seen to be believed.

You may understand why I thought that, sonically, this seemed like a song for children, because of its sparkly production and upbeat melody. But I obviously realized that the song was, in fact, very adult as soon as the chorus hit. So WHY, FOR THE LOVE OF GOD, is a child in this video?!

I could understand if it were a girl child, in this video from 2000. I know that gender is a construct and boys can like pop music and people are gay, but I'd imagine that b4-4 was largely marketed to teenage girls, so the concept could be that she was a fan of the band and imagining hanging out with them at the beach. No children should have been listening to b4-4, based on their lyrical content, but I'm just saying that the concept would make more sense than an unsupervised boy being whisked away to a second location with three threatening men. It's horrifically uncomfortable. Nothing about this fantasy seems wholesome. Thanks to a magic View-Master, the boy can flirt with adult women on the beach, shoot hoops with adult men, and get mobbed by older girls while wearing a pimp hat, all while spray-tanned beefcakes sing lyrics like "I wanna know every inch of your body." No member of b4-4 blinks once.

(Incidentally, b4-4 was briefly managed by career criminal Lou Pearlman,⁴ but I can't confirm what years they were associated with him.)

I also need to mention the framing device of this video, the fact that the young protagonist is penniless and wants to help a homeless man but ultimately gives him the View-Master so he, too, can escape reality with the orange bros of b4-4. In a video concept full of bad decisions, perhaps the worst is suggesting that you could help a suffering old man living on the street by giving him a way to watch Canadians with frosted tips croon about oral sex.

Ohad Einbinder, just like the instrumentalist for Savage Garden, seems to have retired from the music industry and now dabbles in real estate. Ryan and Dan Kowarsky continued as a duo named RyanDan, which is a bad name but I guess they didn't have much to work with. I wanted to give them credit for producing a song my roommate and I loved in college, Edward Maya's "Stereo Love,"⁵ but it turns out they worked on a different song called "Stereo Love" by some guy named Blake McGrath and their Wikipedia just links to the wrong song.

They were backup singers for the Vegas residency of Canadian ICON AND LEGEND Shania Twain, and now they own a dog boarding facility in Ontario.

Was any of this worth sharing? Was it a topic worth resurrecting the newsletter for? Do I have better things I could be doing with my time? I won't stand for this line of questioning. It's my semi-defunct newsletter and I'll do what I want with it. I'm available for paid writing work, so if you want me to shut up, give me a job writing about anything other this.

Okay, bye again! Happy Valentine's Day! You're all the Joseph to my twin other Joseph, and I'll talk to you sometime, maybe.

Notes:
1. Most invitees struggled with the theme but I did not care. I posted very detailed dress code guidelines with dozens of links for outfit inspiration in the Facebook event, because I'm a visionary and a nightmare. I also had a costume box of Y2K accessories for anyone who didn't show up appropriately dressed. I played "Faded" at the party regardless of the fact that no one would know it, and everyone had a great time because Y2K is a really fun theme.
2. "Get Down" should not be confused with "Digital Get Down," a misguided NSYNC song about cybersex used in my favorite recurring joke on The Good Place.
3. Dream Street is probably best known for Radio Disney staple "It Happens Every Time" or as the launching pad for Jesse McCartney's solo career. My old roommate Austin thought it was very funny to play one of their deep cuts, "Sugar Rush," when I wasn't expecting it, and he was right. Their song "Gotta Get The Girl" is also noteworthy because it absolutely sounds like they're saying "get the goo."
4. Pearlman saw enormous success around the turn of the millennium managing the Backstreet Boys and NSYNC among other hitmakers like O-Town, LFO, and Aaron Carter. He was arrested for operating the longest-running Ponzi scheme in American history and died in prison. He was also almost certainly a serial sexual predator.
5. A great example of a song that slaps even though the lyrics were written with Google Translate. Don't let go to my love!!

Kind of! Not entirely. Sort of. It's complicated. 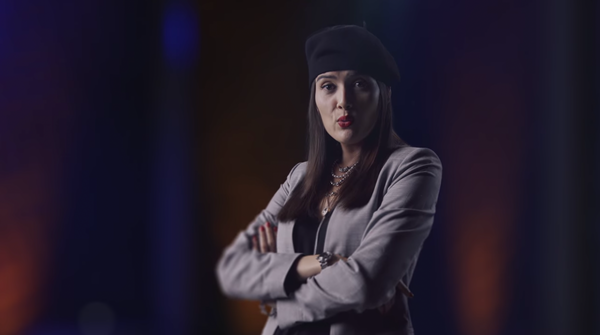